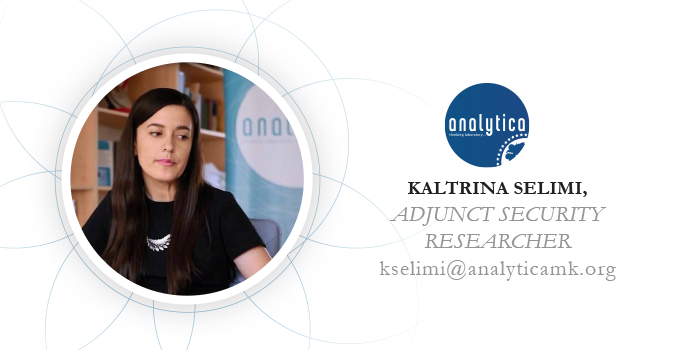 Policymakers and the public recently have been facing the question of “preventing violent extremism,” leaving many state officials wondering what a policy solution should look like.

In January 2016, the UN adopted the Plan of Action for Preventing Violent Extremism1, as a further push toward implementing the Global Counter-Terrorism Strategy of 20062. This plan suggested practical advice and guidance for states on how to adopt systemic and institutional preventive measures that would directly address the drivers of violent extremism.

The UN envisioned the implementation of the Global Terrorism Strategy of 2006 across four areas/pillars such as: tackling conditions conductive to terrorism; preventing and combating terrorism; building countries’ capacities to combat terrorism; and ensuring respect for human rights for all and the rule of law while countering terrorism3. The main goal of the UN Action Plan of 2016 has been to help states to focus more on the first and fourth pillars, respectively, to tackle drivers of extremism and terrorism and ensure protection of human rights, equality and rule of law in their states.4

This Action Plan aimed to pave the road for more activities that would enable work with young people from marginalized communities as it is assumed that they are usually targeted the most by extremist groups. In ethnically and religiously diverse countries, moreover, the UN Action Plan recognizes that extremist groups take advantage of polarized and fragile inter-ethnic and inter-religious relationships to attract supporters by fueling conflict between groups. The UN Action Plan warns about the dangers coming from this source and recommends a continuous investment in preserving good relations between different communities to prevent extremism.5

In Macedonia’s case, it still lacks National Strategy and Action Plan for Countering-Violent Extremism, while discussions about preventing violent extremism still seem like a far-fetched idea. Instead, the work in countering violent extremism in Macedonia has been confined solely to a repressive approach by detaining and jailing persons that the prosecution’s office has proved with sufficient evidence that they have traveled to Syria or Iraq to join one of the rebel groups or ISIS.6
On the other hand, there have been very few projects carried out by NGOs that have engaged directly with communities on the topic of extremism and radicalization; none of the CVE related projects had inter-ethnic or inter-faith relations of Macedonia in their focus. Additionally, the effect of these projects cannot be measured since state institutions do not participate in these efforts.

Consequently, the issue of extremism in Macedonia is understood as a problem occurring within Muslim communities, leaving out non-Muslim populations from being part of the solution development process. Likewise, there is no understanding on the risks the extremist groups pose to everyone regardless of their religious affiliation. Many studies have found that recent converts are at greater risk of being radicalized due to their limited knowledge of the religion they recently adhered to. For instance, a radicalized doctor who was arrested during the first Macedonian police action against extremist groups called “Cell 1” for going to Syria was an ethnic Macedonian who converted to Islam.7

Furthermore, findings from the report “Assessment of Macedonia’s Efforts in Countering Violent Extremism” published by Analytica Think Tank showed that ethnic Albanian youngsters that participated in the focus groups noted that that their ethnic discrimination is often used to convince them of being marginalized in Macedonia. In turn, recruiters use this polarization to harden divisions that already exist between different ethnic communities in the country.8

Moreover, interfaith events have been lacking in Macedonia. The Committee for Relations with Religious Communities and Groups has not held any activities since 2012 according to their media news. In addition, the webpage of this Committee is offered only in Macedonian and not translated to any other language of other ethnic communities in Macedonia. Considering the primary goal of this committee has been to build bridges across different religious communities that usually come from various ethnic groups, the effectiveness of this institution can be put to question.

The public debates in the past few years in Macedonia have raised attention for the need of counter-messaging extremism only in Muslim communities. However, this debate has made some in the Muslim communities doubtful and resistant toward state authorities as they consider that this approach creates prejudice against them by identifying them with the issue of extremism and radicalization.9

These issues and problems should serve as a warning and a lesson for Macedonia to rethink its approach while it is still deciding on its PVE strategy. As we understand that poor inter-ethnic relationships are not the root and cause of extremism in Macedonia, one cannot ignore the fact that precisely those relationships have been exploited by extremist groups. Rather than focusing on only one community dealing with radicalization, a holistic approach that would include all communities might prove more successful. Specifically, this approach would minimize the negative effects of active extremist groups whose first goal is to polarize and divide communities in Macedonia, allowing the country to fully prepare itself in the continuing struggle against violent extremism.

8 Ibid, Chapter 6, “Views from the ground…” findings from the focus groups held in Skopje, Kumanovo and Tetovo; pg. 50.

9 Ibid, Chapter 6, “Views from the ground…” findings from the focus groups held in Skopje, Kumanovo and Tetovo; pg. 51.

Written by: Kaltrina Selimi Adjunct Security Researcher; This email address is being protected from spambots. You need JavaScript enabled to view it.